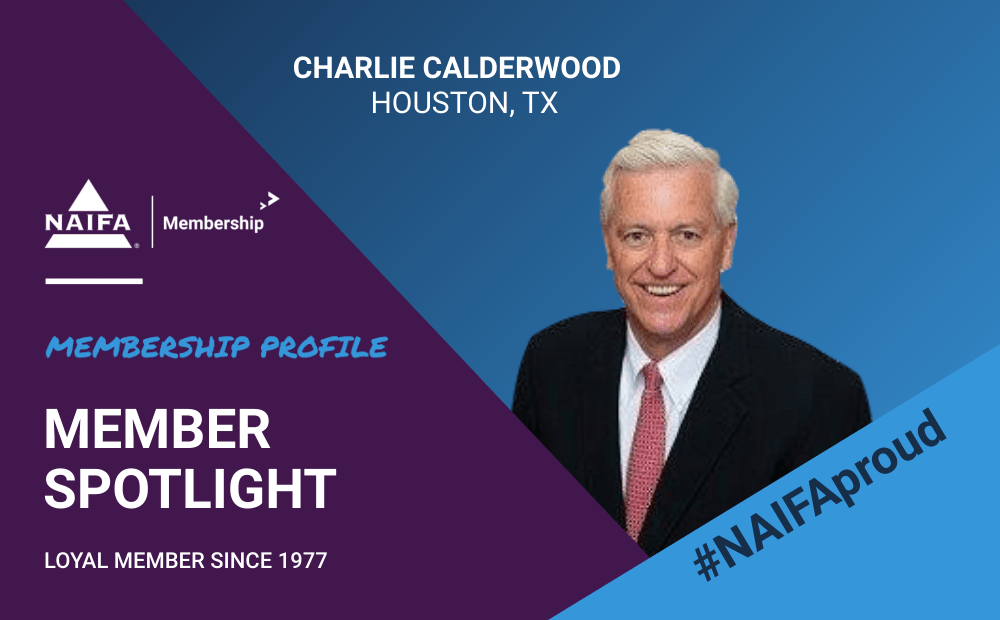 Charlie Calderwood, CLU, ChFC, has been a member of NAIFA since 1977 and today is eagerly helping clients set up financial strategies for their future. Charlie enjoys the freedom and finances that he was able to obtain as an investment advisor, however, he points out that “with the freedom gained, there is an increased requirement for motivation and discipline.” Charlie emphasizes that his self-discipline and willingness to put in the hours required to be successful is what helped build him up as an advisor. Charlie has been working in the insurance and finances field since he completed college at Tulane University, quickly and steadily working his way up until now, where he owns his own very successful RIA firm.

While starting college, he had doubts about the path he was going to take, saying, “I was going to go to medical school, and I started having doubts about the length and time of school.” He had been attending school for his medical degree until he eventually reached a campus interview talking about financial services and since then he took off into the field. He already had a favorable notion of the finance and insurance field, with his father borrowing from his policy to help send Charlie to college. Charlie enjoys the field he works in and the ability it provides him to spend time with his family, perform work, and civic and religious activities, attend events at will, and even go play golf.

Charlie started his career out making cold calls in New Orleans, LA, and after a small amount of time, he quickly joined NAIFA. After joining NAIFA, he had the company he was working for pull money out of his check for his membership and he learned a large amount regarding the different types of insurance services and different effective sales techniques. Being a sales rep from ages 22-23, he became a manager at the age of 23. He proceeded to continue working and ended up recruiting college students and continued to grow until he ultimately was promoted to run his company’s agency in Houston. Charlie now makes his home for the last 32 years in Houston with his family.

Being in the financial services industry for the last 45 years, Charlie has kept a few ideas consistent, and they have proven to serve him well in this industry. Charlie is a firm believer in embracing change, but not letting it control you, learning to find that happy medium is a key factor in being successful and not left behind. He also believes in a high-touch methodology rather than high-tech, believing that connecting with people through talking to them and creating connections is more important than just using the newest technologies.

Of course, Charlie believes in using technology as necessary, but he says, “High-tech is a tool, high-touch is the way you make a living.” Charlie attributes a lot of his successes in his career to his ability to take his associations in civic, religious, charitable, and social activities and create strong connections. He urges newer people looking to get into this field to get started with NAIFA, as he believes it is a center for good quality training. In support of that belief, he uses the skills acquired from his training in NAIFA every day and greatly urges people to join NAIFA if they want a long-term career in this field.

One of the main beliefs that Charlie has regarding the financial services advisor field is that a financial services advisor should, “sell something and you always go back to service it.” Your clients grow and you will grow with them! He believes that many people get lost in the idea of making a quick buck and the way he has built his successes has been by making good connections and servicing the sales he makes with his clients. He firmly believes you should make decisions on how you treat people and act based on how you would want to be treated. He also stands by the idea of being honest and intelligent in your work will always be rewarded.

This is an area he discusses with his clients, where they have an interest and are glad to know he is working towards that interest. Charlie also states that for the people who are reluctant to get involved, “Do something now while we can. When it is gone, it is gone.” He believes this applies to more than just life insurance advocacy and sees it as a part of shaping the future of your children and grandchildren. He states, “Choose now. If not, be prepared to be changed.”

Thank you, Charlie, for your loyal service to our industry and association. We’re proud to call you one of our own.

New York Life: A Partner in Supporting Women Through the Years 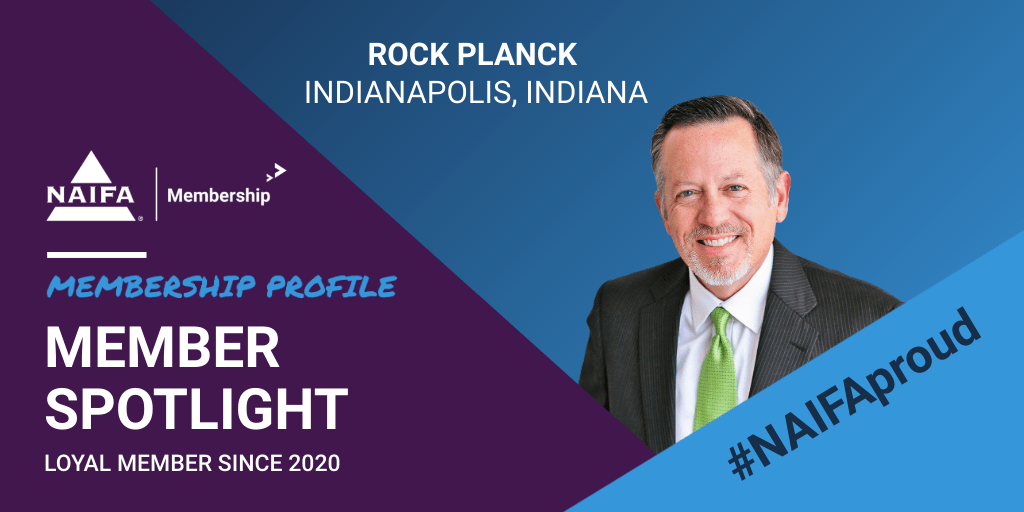