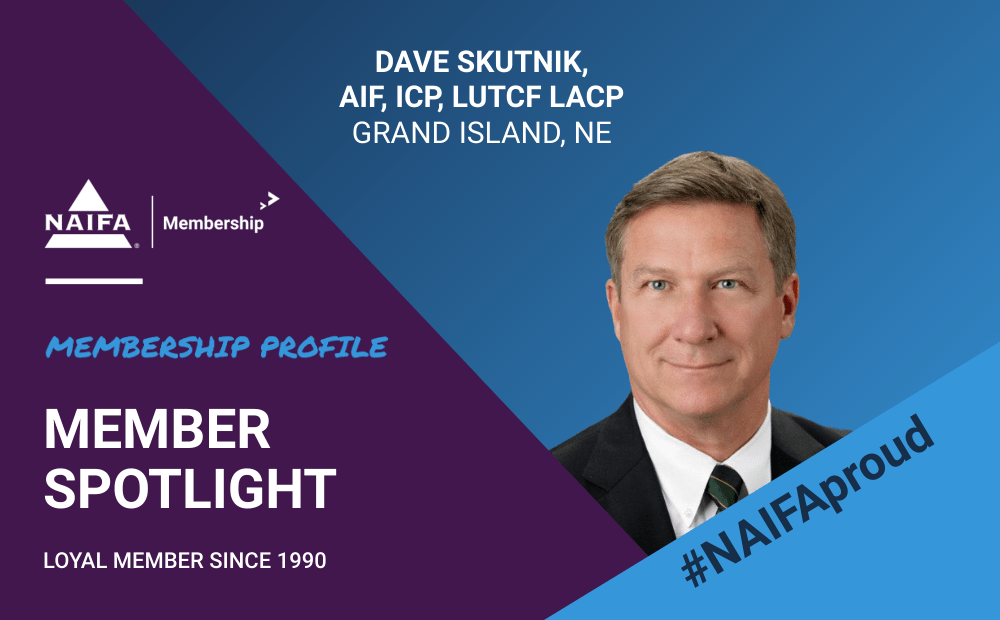 Dave Skutnik has been a loyal NAIFA member since 1984 and today is eagerly helping his clients prepare for retirement while simultaneously enjoying the freedom that being your own boss has enabled him to have. Working from his lake-side home in Grand Island, NE, Dave credits this solely to his career as a financial advisor.

Before following up on a direct mail advertisement that relayed what Dave describes as an “uncanny” reflection of what he was desperately seeking for his future, he worked at a small company that he was no longer satisfied with. The most attractive aspect of his then-potential career as a financial advisor was “the ability to be compensated for the amount of work that [he] did.” He relished the idea of “being able to experience success based completely on [himself].”

The same day that Dave signed his contract with his insurance company, he also became a NAIFA member (then NALU) stating that his sales manager represented the association “as an integral part of the business.” Dave encourages and provides guidance to other advisors about joining NAIFA. He declares his membership as “one of the best decisions [he has] ever made” noting that the comradery amongst NAIFA members was enough to convince him of this. Dave attended his first NAIFA meeting when he lived in Omaha and was touched by how friendly all 600 members were with everyone sharing ideas and leaving their competitive mindsets at the door.

Dave credits NAIFA’s advocacy work with keeping him in business. He’s grateful for the work NAIFA has put in now more than ever, mentioning how in the beginning he didn’t realize all the work they were doing. “I was just swimming hard, trying to stay above water, but the longer I’ve been involved with NAIFA the more I have come to appreciate the advocacy side of it and what they have done for not just me, personally, but all of us.” A great concern of his specifically was the proposed Department of Labor changes in 2016 and associated regulations. “NAIFA has done a good job at looking at all of those [regulations].”

Dave is politically engaged in his community through a variety of different channels. One of which, Nebraska’s  Legislative Day, takes place virtually next week. This event gives him the opportunity to meet with the Department of Insurance, the Governor of Nebraska, and members of the state legislature. When Dave is not participating in Nebraska’s Legislative Day, he enjoys “going to the Capitol” and visiting with his local senators and representatives. Dave walks the halls chatting with any senator he can and says “it has been very effective” in furthering our efforts. Dave was also recently tapped to provide testimony in connection with Nebraska Legislative Bill 22, which is a proposed amendment to use the NAIC annuity model that NAIFA has been working on for two years in connection with revising the Nebraska Protection and Annuities Act.

Dave is also a huge fan of NAIFA’s Annual Congressional Conference in Washington, D.C., noting that not only is it effective as a “business owner, taxpayer, and NAIFA member,” but also that he’s representing more than 500 people back home that don’t make it to Capitol Hill. He encourages his fellow NAIFA members who may feel overwhelmed or hesitant to participate to get involved. Getting involved with NAIFA’s advocacy efforts or attending the Congressional Conference are not opportunities exclusive to board members or committee members, all members are welcome. Dave sways those with continued reservations about joining  NAIFA’s advocacy efforts or attending the Congressional Conference: “You can comfortably fit in with a huge crowd of NAIFA members, learn something, and have a lot of fun doing it.” NAIFA offers stipends for a designated number of attendees. Check with your state chapter to see if they have funds allocated to sending members to Washington, D.C.

Thank you, Dave, for your loyal service to our industry and association. We’re proud to call you one of our own. 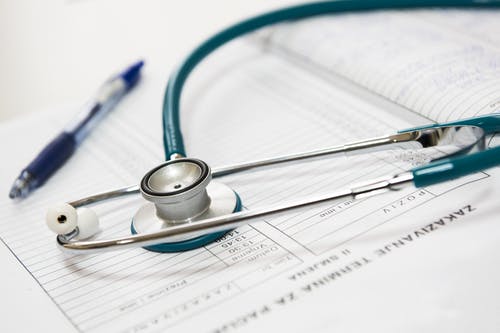 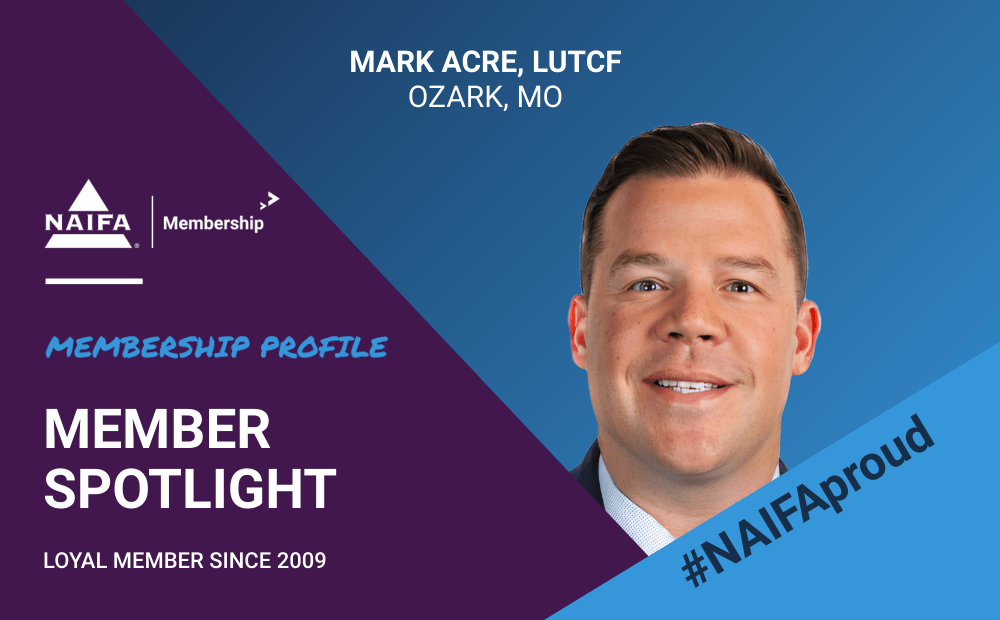