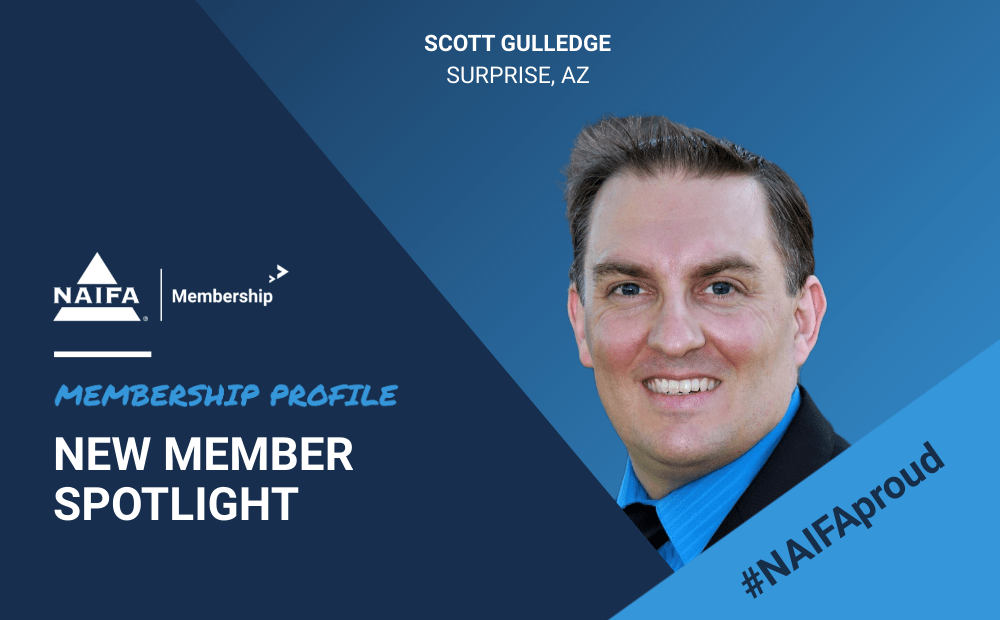 For HealthMarkets insurance agent Scott Gulledge, it’s all about problem-solving. He knows that health insurance is one of the biggest expenses for families and business owners and he works every day to find the best price for the coverage his clients need.

Gulledge became a licensed insurance agent in 2018, but it wasn’t his first foray into the insurance world. He had worked with a family-owned insurance agency during college but didn’t want to compete with them for P&C clients. Instead, he pursued other opportunities until an acquaintance suggested he look into Medicare. He did his research and decided it was the right fit for him.

Now, Gulledge works primarily with small business owners, people in the early stages of their retirement, and anyone eligible for Medicare who’s looking for a cheaper solution. “I want to be that go-to guy if someone has a challenge or frustration—” he says. “To be able to be that problem-solver, that solution-finder, who’s able to put the puzzle pieces together to explain how health insurance comes together.”

Gulledge describes his philosophy with the image of a happy face—two eyes, a nose, and a mouth. The first eye is health insurance; the second is coverage that fills in the gaps left by a basic health insurance policy, like supplemental, dental, vision, and disability insurance. In the same way that having two eyes helps maintain balance, having both basic and supplemental coverage is part of a comprehensive healthcare plan. The nose is life insurance coverage, and the smile is the result when the client understands the policies and is happy with the price.

Two and a half years ago, having a comprehensive insurance plan in place saved one of Gulledge’s clients from financial ruin. His client had challenges getting enrolled in a health plan because of his medical history, but Gulledge was able to get him coverage. Three months later, the client was diagnosed with cancer, and the supplemental coverage the pair had put in place paid out $100,000 toward his medical bills. Now in remission, his client is relieved that the simple act of adding supplemental coverage protected him from the burden of paying sky-high medical bills out of pocket.

Gulledge has excelled in his time with HealthMarkets. In each of the past 2 years, he has ranked in the top 100 producers nationally and has been the agent of the year in the company’s Arizona, New Mexico, and Nevada region. From his first year to now, he has also earned other certificates and awards in his profession. He builds upon his master's degrees in business administration and human resource management by continuing to learn and grow as an insurance agent.

Gulledge first learned about NAIFA from fellow HealthMarkets agent and loyal NAIFA member Jon Jacobi, LUTCF, FSS. At a company event, Jacobi encouraged his audience to join NAIFA to stay engaged in the industry and gain the credibility that comes from NAIFA membership. Gulledge is licensed in over 25 states and embraced the opportunity to be a part of one of the nation’s oldest and largest trade organizations in insurance and financial services.

When he’s not working, Gulledge stays busy with his wife and two children. They work on several community service projects, including volunteering with a local food bank. The family is active in their church and participates in the U.S. Naval Sea Cadet Corps, spending one weekend every month with the organization. They also enjoy taking trips as a family and are excited to travel more in the coming months.

Thank you, Scott, for your hard work and dedication. We look forward to a bright future in the association for you and are #NAIFAproud to call you one of our own.