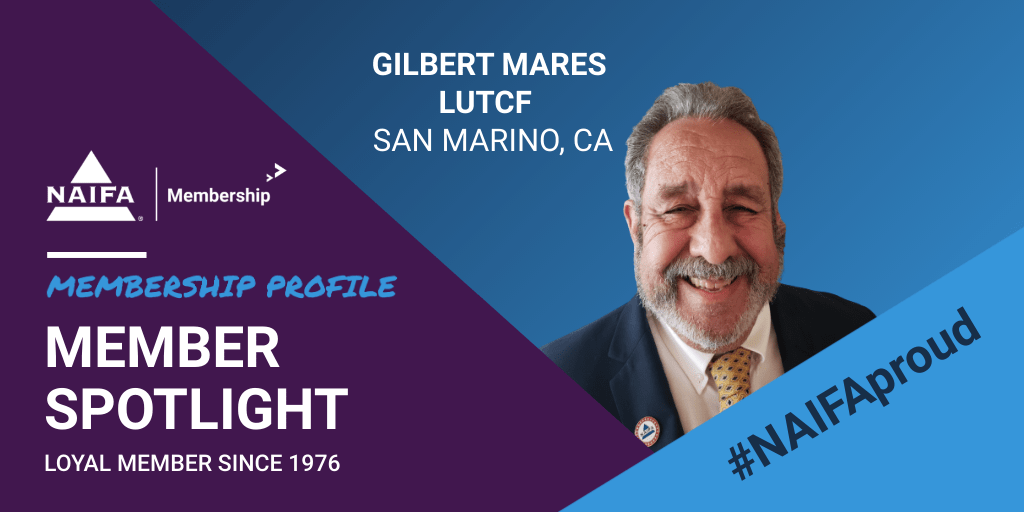 Gilbert Mares, CEO of Gilbert A. Mares and Associates, is a loyal NAIFA member and past President of NAIFA's Los Angeles affiliate from 2003-2005.

Mares was born in El Paso, Texas, and later moved to Los Angeles when he was four years old. He attended schools in the greater Los Angeles area and earned his undergraduate degree from Cal Poly Pomona University, and developed a passion for Political Science. At the age of twenty-one, Mares had a once-in-a-lifetime opportunity to live and work in Washington, D.C., as a fact finder at the cabinet level.

“It was an amazing experience to work alongside senators and legislators at such a young age”, Mares said. It fueled me to want to do more for the industry and become more involved with NAIFA.

After the successful completion of his fellowship, Mares later returned to Los Angeles to attend USC for his Master’s Degree. While in graduate school he met and married his wife, Carol Ann.

Mares worked his way through graduates school as an examiner and fact finder. He joined NAIFA in 1976 after his general agent encouraged him to become a member and attend the monthly meetings. He quickly noticed that NAIFA members are top-tier agents who were respected in the field. His active participation provided him the opportunity to learn and network with successful advisors.

"If you want to be the best you have to surround yourself around the best,” said Mares. “NAIFA allowed me to network with agents and also made great strides through advocacy for the industry, something I have been passionate about since my early twenties."

Mares became an active board member with NAIFA and eventually was named president of NAIFA Los Angeles for 2003–2005.

“I accomplished a lot while I was president on the advocacy front, from Congressional Conference to helping organize the Day on The Hill in California for local legislators,” Mares said. “To see where we started to where we are now, gives me such fulfillment!"

“Our work did not go unnoticed. We received a proclamation for the work we’ve done in life insurance and financial planning industries,” Mares said.

Throughout his career Mares realized his passion was to open his own financial planning firm.

“Everything I experienced in my career was exhilarating in more ways than one,” he said. “To be in a position to grow it inspired me to go independent."

He currently teaches LUTCF certification courses and is still making waves with his advocacy efforts. Additionally, because of his efforts, he has been nominated for Legislator of the Year by the Sons of American Legion.

Furthermore, Michael A. Mares, who is Mare's son served as President for NAIFA-Los Angeles for two terms and currently is part of the California NAIFA Board in line for NAIFA California Board President. Mares encourages members and advisors in the industry to take every monthly class that is being offered for personal development to help provide you the tools needed to be successful. “Be consistent,” Mares said.

Thank you, Gilbert Mares, for your service to our industry and association. We’re #NAIFAproud to call you one of our own. 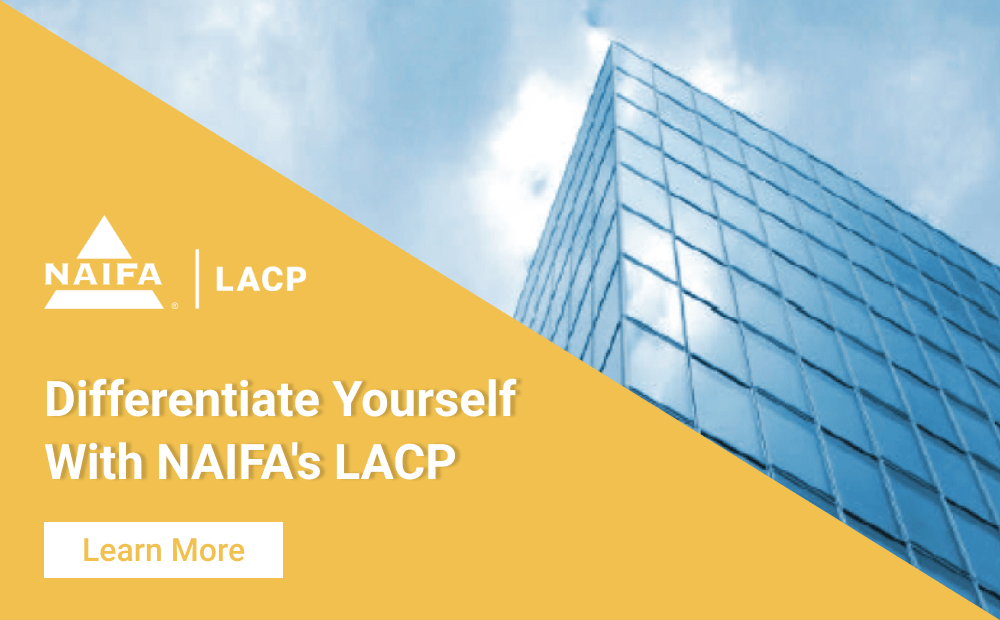 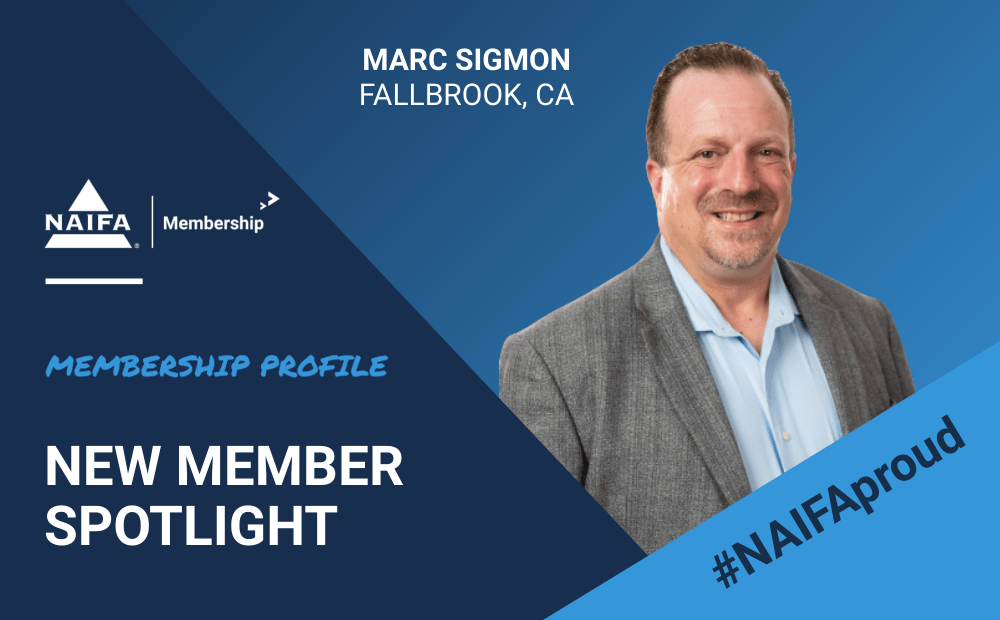