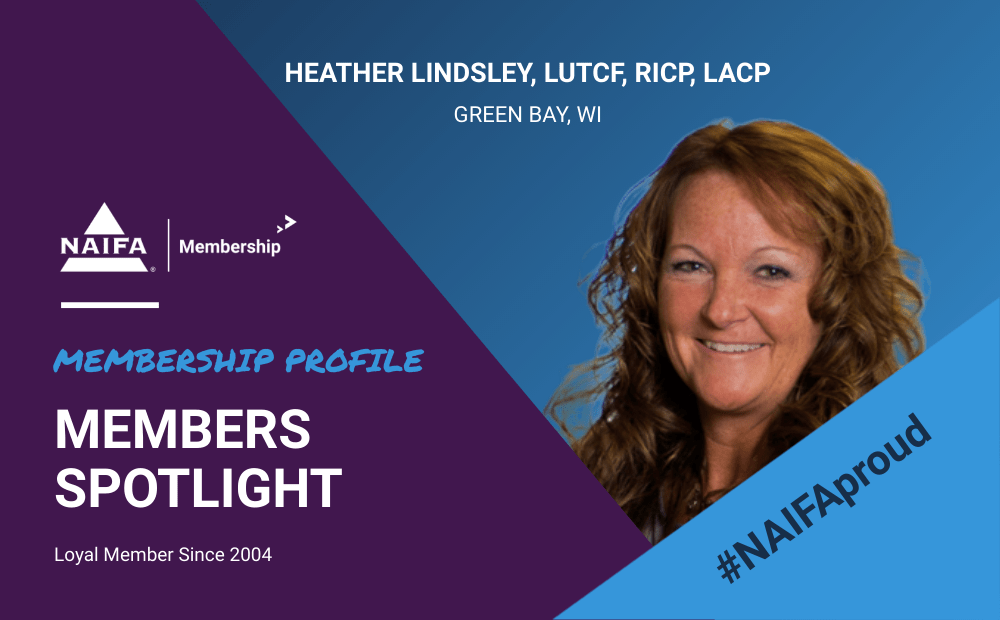 Lindsley came to insurance and financial services at the suggestion of a friend, but she didn’t take the leap right away. She had young children at the time, but once they were old enough for school, she decided to give it a try.

Lindsley says two skills have proved invaluable in her practice: listening and building trust. When she sits down with clients, she pays close attention to discover their wants, needs, and goals. By learning about her clients and their values, Lindsley builds trust with them. Cultivating these relationships is paramount, she says. “Without relationships, you fall into transactional business,” she begins. “That makes it very difficult for anybody to feel confident in the plan that's placed in front of them because it’s not a plan; it’s just a transaction.”

Lindsley talks about one experience working with a client who relied on that trust. When one of her clients passed, Lindsley met with his widow to help her sort through the couple’s finances. For 60 years, the woman’s husband had handled all of their finances and she didn’t know what their plan was. Lindsley spent two hours going over every financial document her client had, making notes. She let the widow know that she was secure, and they decided not to make any changes until a year had passed, allowing the widow time to grieve. “At the end of the appointment, she gave me a big hug and said that she was going to sleep so much better at night because she understood where she was at,” says Lindsley.

When Lindsley first joined NAIFA, she didn’t understand what it could bring to her practice. After a NAIFA-WI meeting, however, she found out what NAIFA membership could offer. Over the following years, she became more involved with NAIFA’s political advocacy, graduated from NAIFA’s Leadership in Life Institute (LILI), and served as President of NAIFA-WI.

Through networking with industry professionals across the country, Lindsley has built lifelong friendships and fostered mentoring relationships, both as mentor and mentee. “If I have a struggle in my practice, I have so many different people that I can reach out to who are willing to take the time to help me,” she says.

The Power of NAIFA’s Advocacy

Over the years, Lindsley has learned the impact NAIFA’s political advocacy has on the insurance and financial services industry as well as Main Street USA. “Advocacy is the best piece of NAIFA,” she says. “It's important for us to be able to share and educate [legislators] so that they have a better understanding and can really go to bat for their constituents, as opposed to going in with a blind eye.”

Lindsley says that being a NAIFA member is essential, even for those whose employers do their own independent advocacy. Often, large insurance and financial companies are advocating for the best interest of the company, rather than the advisor or agent and their clients, she says, adding, “NAIFA is the only professional association out there that's going to protect me and then, hand in hand, protect my client.”

When she’s not working, Lindsley volunteers with organizations that benefit women and children, such as Golden House, a local domestic abuse shelter. She also participates in outreach through her church, mentors youth with Big Brothers Big Sisters of America, and serves on the board of the Million Dollar Round Table (MDRT) Foundation. At home, Lindsley loves spending time with her family—especially Tuesday night family dinner—and golfing every weekend.

For her service to her community and our industry and association, we’re #NAIFAproud to have Heather Lindsley as a part of our NAIFA family. 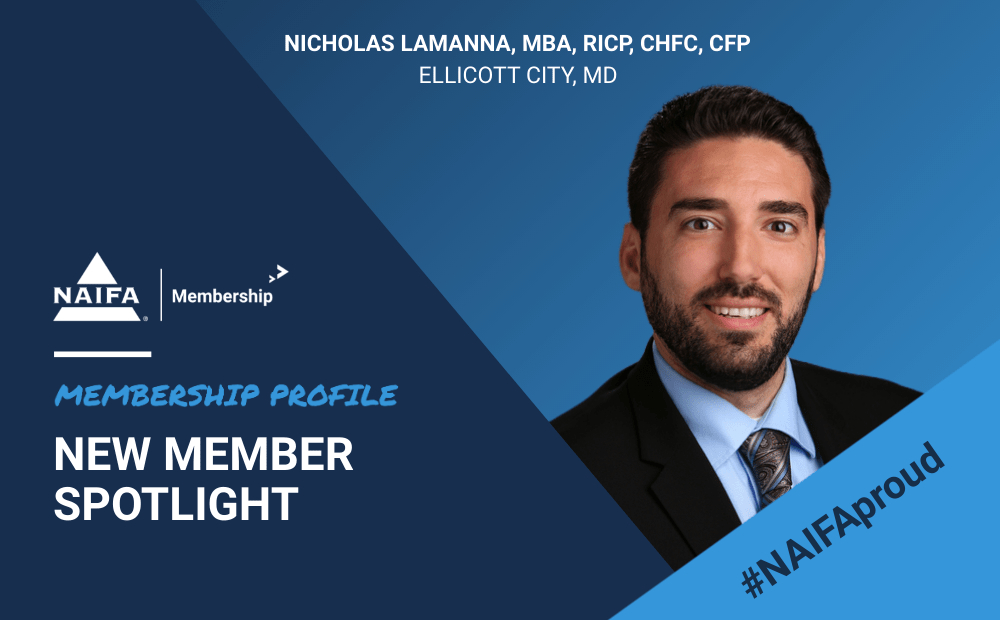