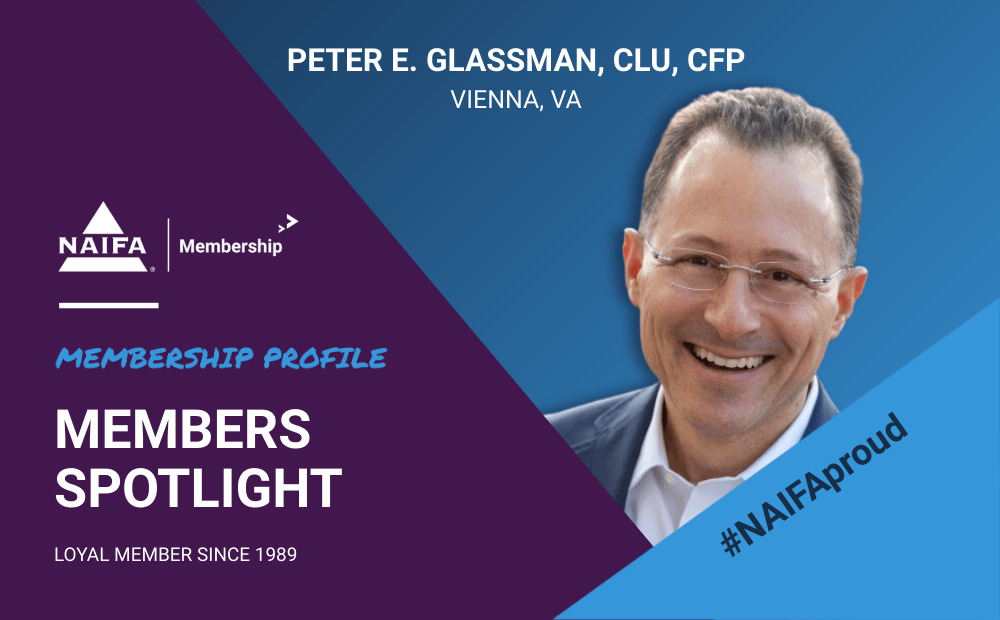 NAIFA-GWDC Past President Peter Glassman, CFP®, is a Founding Partner of Wealth Insight Partners and has been a loyal NAIFA member since 1989.

After graduating with a business and marketing degree in 1987, Glassman moved from Connecticut to Washington, D.C., where a family friend suggested he get into the insurance and financial services industry. After learning more he dove into what turned out to be the beginning of a career. Thirty-five years later, Glassman is still dedicated to helping his clients plan for their futures.

The most important qualities for agents and advisors, says Glassman, are persistence, perseverance, and passion. He says that the best part of his career is building relationships with his clients and fellow financial professionals. He talks about a time that reinforced his passion for protecting Main Street USA. About five years ago, three of his clients passed away within a few months of each other, two of whom were good friends. “We make a real difference in people's lives,” Glassman says. “Knowing the difference that the insurance means for those families—it's an incredibly meaningful and important thing.”

After starting in insurance, Glassman now works primarily with partners at law firms. He still sells insurance, but now also provides financial planning for investments, college planning, retirement, and more. He talks about the transition from insurance to wealth management, saying, “Coming into the wealth management business from an insurance platform made me much better suited to be a planner than coming at it purely from an investment standpoint. I learned early on to ask questions, to do a thorough needs analysis and fact-finding.”

The Importance of NAIFA’s Political Advocacy

Over the past 35 years, Glassman has been actively involved in NAIFA’s political advocacy at the local, state, and federal levels. He has participated in NAIFA’s Days on the Hill and lobbied with state legislators. He talks about the importance of advocating for Main Street USA, saying, “Whether or not we like the way the process works, we can [either] be part of the process or let somebody else run the process for us.”

To those who are reluctant to get politically involved, Glassman says, “If you really want to represent your clients, you need to be their voice as it applies to legislation and regulations that impact what they can and can't do in terms of financial security.”

The Benefits of NAIFA

In addition to NAIFA’s advocacy, networking through NAIFA has also been an integral part of Glassman’s career. He talks about his first NAIFA meeting, saying, “I was immediately moved at how professional [NAIFA] was and how I felt a part of something.” Networking with the top professionals in the industry gave him confidence and alleviated his doubts about running his own business, he says. The wisdom he gleaned from top producers helped keep him in the business and become more successful.

The opportunities to participate in grassroots efforts, networking, and continuing education have also played a major role in Glassman’s success, he says. In 2019, Glassman was honored with NAIFA-GWDC's Legacy Award in recognition of his contributions to his community and to the insurance and financial services industry.

One of Glassman’s mentors is NAIFA Past President David F. Woods, CLU, ChFC, LUTCF. He talks about the value of mentorship within NAIFA, saying, “There’s no way I would have had the career I’ve had so far without [my] role models and unwitting mentors—and I wouldn’t have them if not for [NAIFA].”

When asked why insurance agents and financial advisors should become NAIFA members, Glassman replies, “Your professional association looks out for your interest and your clients’ interest. How could you not become a member?”

In 1995, NAIFA-GWDC created the Helping Hands Society of Greater Washington (HHS), becoming one of the first NAIFA chapters to establish a charitable organization. A Past President of HHS, Glassman is closely involved with their work creating an endowment to support the efforts of local charities including Boulder Crest Retreat for Military and Veteran Wellness, Bridges to Independence, and Higher Achievement. He is also active in a number of other charitable organizations in his community, including Health in Harmony and Hope for Henry, and has served on the Board of Trustees for Big Brothers Big Sisters of America.

In his free time, Glassman enjoys spending time with his wife and two daughters, skiing, playing tennis, and listening to live music. He also loves traveling and is always looking for new places to visit and explore.

Thank you, Peter, for your service to our industry and association. We’re #NAIFAproud to call you one of our own. 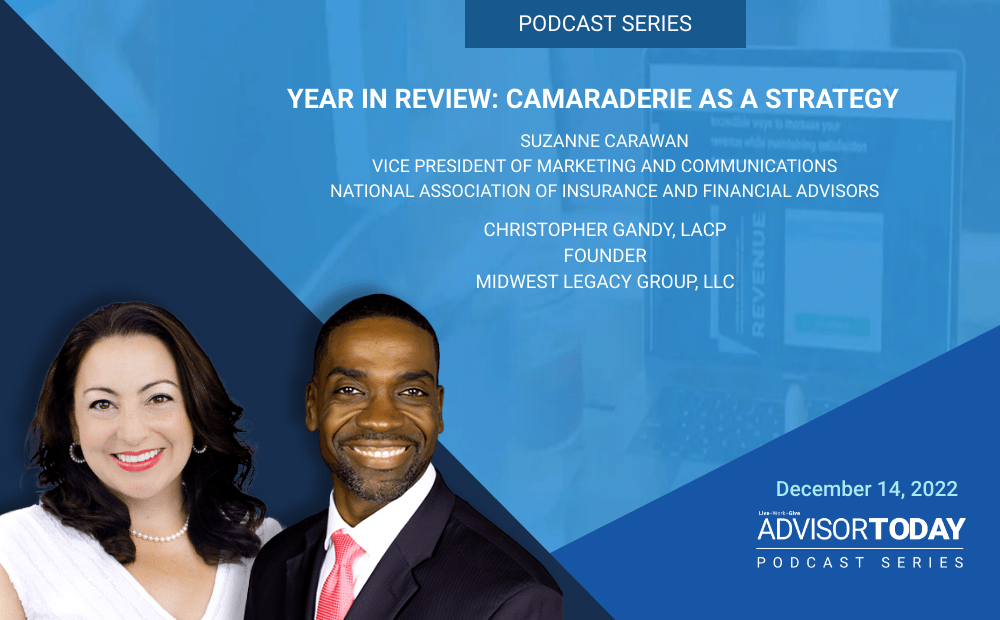 Year in Review: Camaraderie as a Strategy 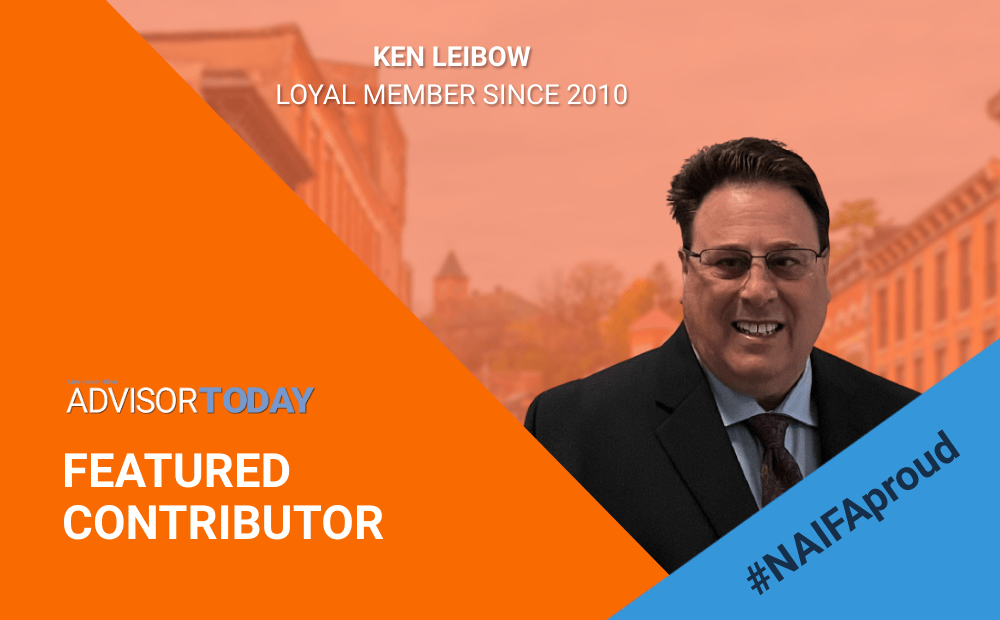