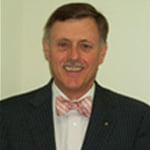 The annual Cy Pick Award goes to a single individual who has a long and distinguished history of volunteer contributions to GAMA, often behind the scenes. The award, established in 2000, is named for C.A. “Cy” Pick, CLU ChFC, FIC, who served as both GAMA International president and chair of the GAMA Foundation for Education and Research. Pick is renowned for volunteering his time and expertise to the financial-services industry.

A member of GAMA International since 2002, Dixon has assumed nearly every volunteer role possible. He has been a member of numerous GAMA committees-- Awards, Volunteer, Professional Development and Membership, serving as chair of the latter for three years. He was a member of the GAMA International Board of Directors from 2006 to 2010. He also helped put together and then led the association’s Multiline Taskforce, which has greatly expanded the association’s multiline membership base.

In addition, Dixon has served on nominating committees for GAMA board members and officers, and taken on special projects as they’ve come up. He has conducted Best Practices Teleconferences and LAMP Leading Practices sessions as well as written articles for GAMA Great Ideas books. Beyond that, he has been a GAMA Foundation Ambassador for nearly 10 years. “I guess I do a little bit of everything,” Dixon says. “To a good organization, it’s tough to say no.”

Says John E. Natoli, CLU, ChFC, CFP, CLF, CMFC, who, along with Luis G. Chiappy, CLU, ChFC, CFP, LUTCF, nominated Dixon for the award, “Herman just sets a great example for what a volunteer should be. He’s been involved in so many different committees and so many different initiatives over the years, and for such an extended period of time. And that is what this award epitomizes.” Dixon’s strong leadership in building GAMA membership, adds Chiappy, “set a tremendous foundation; membership has been growing steadily, and a big part of that is because of his efforts.”

GAMA 2011-12 President Kenneth G. Gallacher, CLF, FSS, LUTCF, RFC, who first brought Dixon into GAMA, says that “he was huge on the development of the awards program, and he helped take multiline to a new level at GAMA.”

Dixon has been with State Farm Insurance Companies for 28 years. He became an agent in North Carolina in March 1984, and in less than four years, was promoted to agency manager, based in Northern Virginia. He became a senior agency field consultant in 1995, handling both Maryland and West Virginia. Two years later, he was promoted to agency field executive and is now based in Martinsburg, W.Va. In addition to being active in GAMA, NAIFA and other industry associations, Dixon has been heavily involved in Rotary Club (for 35 years) and other community organizations and activities.

When told that he would be receiving the award, Dixon says he was “shocked, flattered and highly honored. To win an award in honor of someone who has done so much for our industry in so many ways is one of the major accomplishments of my 28 years in this business.”

Dixon and his wife, Connie, live in Martinsburg. They have two sons, Bradford and Wes, and a daughter-in-law, Kristin.

In Step with a Winner: Jennifer Alford