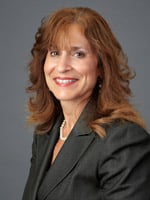 “Under Susan’s direction, Empire Wealth Strategies has expanded its reach and surpassed many of their annual goals, while giving clients and policyholders the personal care and attention they each deserve,” says Rebecca Dunne, vice president of Penn Mutual’s career agency system. “We are proud to recognize Susan and Empire Wealth Strategies for all that they have accomplished.”

“I’m honored to receive this award, and I credit the outstanding performance and professionalism of the producers and staff at Empire Wealth Strategies for the success we have been able to enjoy together as a firm,” says Cooper, upon receiving the recognition.

Previously, Cooper received the 2009 HTK Sales Leader Award and the Life Sales Leader Award in 2009 and 2010. Her agency was honored with the 2010 National President’s Award for the Career Agency System and a 2010 Life and Annuity Premium Growth Award.

Before joining Penn Mutual, Cooper served as executive vice president of AXA Advisors’ Northeast Division and as the manager of its New York Metro Branch. During that time, she was recognized with AXA Advisor’s Gold President’s Trophy for ranking as the top agency in the entire country five times. She also received the #1 Platinum Chairman’s Trophy in 2000 as President of the Northeast Region.

A 29-year industry veteran, Cooper has been a Qualifying and Life Member of the MDRT since 1985, and a member of the American College Board of Trustees since 2008. She is actively involved in a number of women’s organizations.

Life Lessons from a NAIFA Member