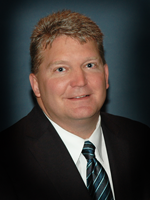 Penn Mutual Life Insurance Company recently promoted NAIFA member Mark Vujevich to the position of managing director of 21st Century Financial, Penn Mutual’s Career Agency in Akron, Ohio. In his new role, Vujevich will be responsible for recruiting, training and sales production for the agency in the surrounding areas of Pittsburgh, Pa.

Vujevich joined the agency in 2003 as a personal producer and achieved immediate success, qualifying for Penn Mutual’s prestigious Royal Blue Conference in 2003 and 2005. He was promoted to sales manager in 2007, after continuing success with the agency.

“Mark has been a valuable asset to Penn Mutual for over ten years,” says William J. Stevens, CLU, ChFC, MSFS, vice president of Penn Mutual’s Career Agency Distribution system. “We are confident he will continue to bring value to 21st Century Financial as its managing director.” 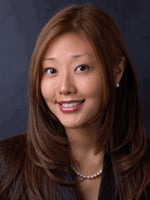 “The hiring of Annabelle Lee reinforces Penn Mutual’s commitment to growth in the Chicago marketplace,” says Stevens. In her new role, Lee will be responsible for recruiting, developing, and training new and established advisors in the surrounding Chicago area.

“Annabelle has sound knowledge and expertise in life insurance, investment management, and retirement strategies,” says Rotter. “We are confident in her ability to assist clients in the Chicago region and consider her an asset to our recruiting efforts.”

Call for 2014 Four Under Forty Nominations