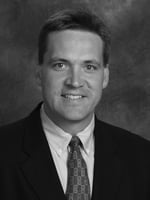 The Penn Mutual Life Insurance Company, a more than 167-year-old company, is pleased to announce that NAIFA member Jason Rucker, CFP, of Cambridge Financial Services in Chandler, Ariz., has been honored with the 2013 Financial Professional of the Year Award.

This award recognizes a Penn Mutual financial professional who demonstrates the highest standards of continuing education, performance and ethics in helping clients achieve a lifetime of financial well-being. In order to earn this recognition, the financial professional must be a registered representative of Hornor, Townsend & Kent, Inc. (HTK) who has earned the CLU, the ChFC or the CFP designations, and has qualified for Leaders Conferences.

“Throughout his career with Penn Mutual and HTK, Jason has been committed to putting all of his clients on the right path to developing and achieving each of their unique financial goals,” says William J. Stevens, CLU, ChFC, MSFS, vice president of Penn Mutual’s Career Agency System. “We are proud to honor Jason and his devotion to his career with the prestigious Financial Professional of the Year award and are excited for his continued growth with our company for years to come.”

A 17-year industry veteran, Rucker has been affiliated with Penn Mutual since 2000. During that time he has won a number of company awards, including the 2010 Career Agency System (CAS) Silver Medal, the 2008 CAS Bronze Medal, the 2007 CAS Gold Medal, the 2007 CAS Life Sales Leader award, as well as several Century Club awards.

Safeguard Your Most Important Asset