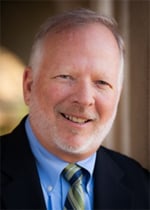 Jack Schmitz is the recipient of the W. Harold Petersen Lifetime Achievement Award from the International DI Society. Schmitz, president and CFO of the Bay Area Disability Insurance Services, Inc., received the award for his dedication to educating people about the need for disability income insurance. He is the 11th recipient of the award.

Schmitz also has 13 years of experience as the Northern California partner of The Plus Group, a national disability insurance and LTC marketing organization with 25 offices nationwide.

Schmitz said he got started in the industry only because his father, John, begged him to work in his insurance office in 1981. John died two years later, leaving Jack with the challenge of running the business at age 28.

Things started to fall into place when he hired the woman who would become his wife, Diana, and now he has a highly successful, eight-person office.

Schmitz holds a BS degree, and the CLU, ChFC and CASL designations.

He is a past president of The Plus Group, NAIFA Marin and the North Bay Society of Financial Service Professionals. He has served on the boards of the Dixie Youth Soccer Association, Senior Access and the Mission San Rafael Rotary Club and is on the field advisory board of Standard Insurance Company. He also has written numerous articles for several insurance trade magazines and websites.

The International DI Society is dedicated to growing the disability insurance industry through education, awareness, promotion of high ethical conduct of the membership and increasing the knowledge base of the agent, producer, company and carriers. It has approximately 300 members in the United States.

'Tis the Season of Giving? Survey Says Perhaps Not