NAIFA’s Advisor Today is proud to announce the recipients of the 2019 Four Under Forty Awards designed to recognize outstanding NAIFA members who achieve excellence in their profession before or by the age of 40.

“Advisor Today’s Four Under Forty Award recipients reflect the bright future of our strong industry,” said NAIFA CEO Kevin Mayeux, CAE. “Each of them has already reached an exceptional level of career and personal success, and we will look to them as leaders among their peers and in NAIFA for years to come.”

The 2019 Four Under Forty Award recipients are:

Cihon began her life insurance career ten years ago in the practice of her father, NAIFA Past President,  Randy Kilgore. She has been a leading force behind modernizing the practice and leveraging technology to improve the client experience and to engage with potential new clients. She was selected president of NAIFA-Denver and nationally serves on the NAIFA Young Advisors Team Committee and the Performance + Purpose Conference Planning Committee. She is also presenting a workshop, along with her father, at the 2019 Performance + Purpose Conference on business succession planning. Cihon is active in her community, serving on local boards for the Junior League of Denver, Newborn Hope and an advisory board for the Leadership Program of the Rockies. “As a second generation NAIFA member, Kate knows the value of our association,” said her nominator, NAIFA Past President Keith M. Gillies, CFP, CLU, ChFC. “She knows how we impact our clients, communities, and our country. She is dedicated to what she does and continues to give of herself.”

Gray began his career at COUNTRY Financial, where he achieved the company’s Platinum Club and Emerald Club awards multiple times. He became a NAIFA member in 2006 and served as his local association president. Gray is a graduate of NAIFA’s Leadership in Life Institute. He is also a member of the Million Dollar Round Table, originally as a qualifying member and then for several years producing at Court of the Table. In 2019, Gray became an MDRT qualifying Top of the Table member. In 2016, Gray established his own independent investment firm, working under the Wall Street Financial Group brand. He runs offices in the Illinois cities of Bourbonnais, Champaign, and Orland Park, while splitting an office in Bloomington. “The reason I think Zach exemplifies a Four Under Forty qualifier is because he is the type of courageous individual who left many accolades in his previous position to build his own financial firm to best help his clients,” said Gray’s nominator, Carl Zeidler, CFP. MSFS.

Rosales-Pacheco was born in Caracas, Venezuela. In her early teens, she followed in the footstep of her accountant parents and worked as a bookkeeper at an accounting firm. She was admitted to Santa Maria University at age 16 and graduated with an accounting degree in 2003. Soon after, Rosales-Pacheco earned her CPA and a master’s degree. She and her husband, Daniel Torres, emigrated to the United States in 2005. In 2012, she became a financial services professional in the Orlando office of New York Life and produced at the company’s Executive Council level for 2012 and 2013. In 2013 she also achieved the Life Career Success award, Life Producer of the year, the Life Foundation Award, Centurion Award, New Org Agent of the Year, Life Case Rate Leader. In January 2014, Rosales-Pacheco was promoted to Partner, achieving the Gathering of Eagles award and View from the Top in 2014 and 2015. She was also named Partner of the Year for the South-Central Zone in 2015. She became senior partner of the Orlando office in 2016 and managing partner of the Nashville office in 2017, where she currently leads a team of more than 40 financial professionals.

Thompson became a life insurance producer with Farm Bureau Insurance Companies in 2008. He is a multiline agent who excels in multiple lines of business, having earned some of Farm Bureau’s highest honors, including; Master Agent, Production Club, Million Dollar Ring, Century Club, Leadership Council and Grand Slam. He also serves as a company-recognized Mentor to new agents. He served as president of his local NAIFA association and graduated from NAIFA’s Leadership in Life Institute. “Daniel Thompson is the type of individual that will be the future of our industry and organizations like NAIFA,” said John A. Thomas, ChFC, CLU, LUTCF, FSCP, associate state sales manager for Farm Bureau Insurance.

Look for the cover story on these outstanding NAIFA members in the September/October issue of Advisor Today. 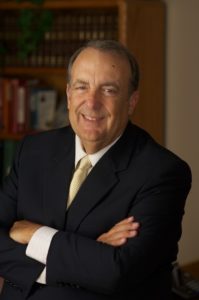 Financial Wellness By the Numbers