Blake, Bottolfsen, Daley, and Moore Are Advisor Today’s 4 Under 40 Winners 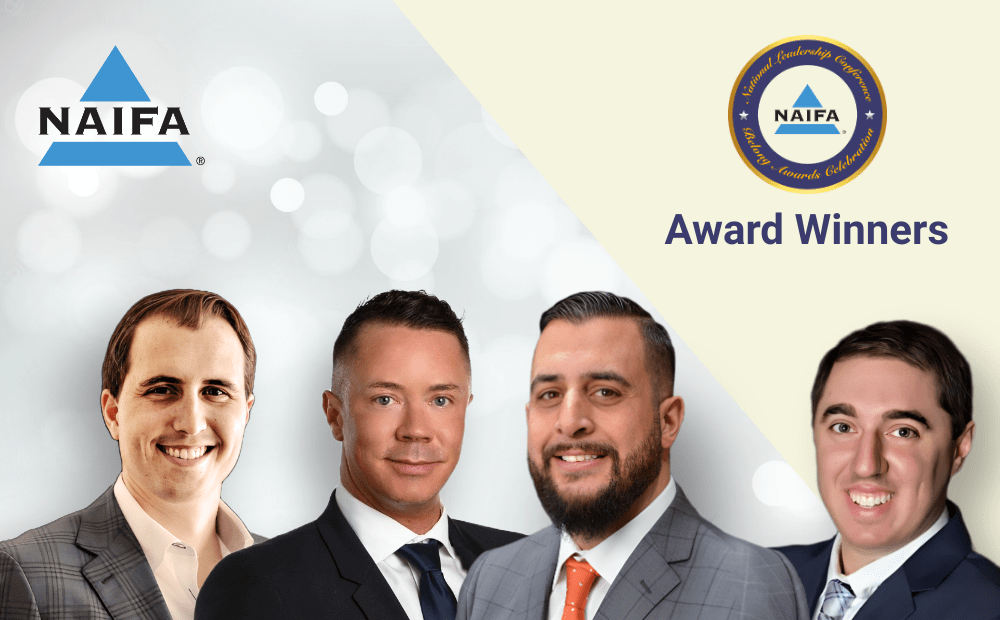 The 4 Under 40 Awards recognize highly motivated, well-rounded NAIFA members under the age of 40 who balance their work and home lives and are successful at helping their clients secure sound financial futures. They exhibit extraordinary professional success relatively early in their insurance and financial services careers.

This year’s recipients will be honored at NAIFA’s National Leadership Conference and Belong awards celebration in Washington, D.C., on November 14.

“The talented insurance and financial professionals who are Advisor Today’s 2022 4 Under 40 award winners represent the new generation of agents and advisors ensuring the success of our industry and financial prosperity of American families and small businesses for decades to come,” said NAIFA CEO Kevin Mayeux. “Their stories provide inspiration to anyone who may be considering an insurance or financial services career or who may be facing early-career challenges. They provide excellent examples of how hard work, dedication, and the support of a strong professional association can bring success.”

Blake, 35, is the Founder and Principal of Blake Wealth Partners (Northwestern Mutual) in Columbus, OH, which works closely with clients in 35 states to build holistic, tailored plans designed to bring the most ambitious visons to fruition. He has built a team of highly motivated people with a shared passion for excellence in client service, which has resulted in his practice’s rapid growth. He has been recognized by Northwestern Mutual as a 2-Star Pathfinder on multiple occasions. Blake has successfully mentored two team members who were recognized as Top 10 Interns by the company.

Blake is the President-Elect for NAIFA’s Columbus chapter, and during his term on the NAIFA-Columbus Board has recruited numerous young advisors as NAIFA members. He is actively involved in NAIFA’s advocacy efforts and has attended NAIFA’s Congressional Conference grassroots event every year since he became a NAIFA member. He serves as a Government Relations Delegate at Northwestern Mutual and currently is a member of the Columbus Chamber of Commerce's Government Relations Steering Committee. Prior to becoming a financial professional, Blake spent seven years as a Senior Aide to Ohio Governor John Kasich.

Bottolfsen, 39, began his career in insurance and financial services as a wholesaler for MassMutual, using his experience in that role to learn about the industry before going into practice himself. Victor Goldman, General Agent and CEO of GoldBook Financial, recruited Bottolfsen to join the firm as a member of its leadership team. He now runs a very busy financial planning practice in addition to serving as Vice President of GoldBook Financial where he helped build their fixed insurance brokerage business from scratch and serves as their in-house Disability Insurance Specialist.

Bottolfsen has been an active NAIFA leader and has served on the Boards of NAIFA-Phoenix and NAIFA-AZ. He also served on the Board of Directors for the Society of Financial Services Professionals. He has been a member of several other industry organizations such as the Central Arizona Estate Planning Council and the Arizona Planned Giving Roundtable. He was a co-chair of the annual Big Brothers and Big Sisters gala and was responsible for raising a record-setting $500,000 for the organization. Bottolfsen currently serves on the Board of Directors for the Greater Phoenix Chamber of Commerce, is the Immediate Past Chair of The Valley Young Professionals (VYP) organization, and is an active member of Phoenix Suns Charities 88 (SC88.)

Having first earned his insurance producers license at age 18, Daley, 38, is now the Owner of the Daley Agency Inc. (American National) in Miller Place, NY. He followed his father into the insurance and financial services industry and began working for his father’s practice after he graduated from college. Nearly eight years ago he joined American National as an agent, where he has achieved the level of Presidents Club or higher each year. He was American National’s Rookie of the Year in 2015, has twice been recognized as a company Olympian for having paid 50 or more life cases in a year, and last year ranked seventh overall among producers in the entire organization.

Daley was an early adopter of social media, using it to promote his insurance practice and community initiatives he supports. He is a regular speaker on the benefits of using social media in the insurance business.

Moore, 34, is Managing Partner and Wealth Advisor with RBM Wealth Management Group (LPL Financial) in Newnan, GA. After playing professional baseball for three years, he joined the successful practice of his father, NAIFA member Bill Moore, CFP, and became a second-generation financial advisor. After the birth of his first child, Moore made the very difficult decision to leave his father’s business to reboot his career closer to his wife’s family in Georgia. He soon decided to become 100% independent and launched his own practice, which has grown to serve clients nationally.

He prides himself on building his practice through client referrals. He was selected as the Top Financial Advisor of 2022 in the Newnan-Coweta Magazine “Best of Coweta Reader’s Choice” issue after having been a top 3 finalist for the award in 2021. He is a member of the Coweta Chamber of Commerce and the Chamber’s Young Professionals Committee. He has served as Chair of the Emerging Leaders Alliance since 2018. 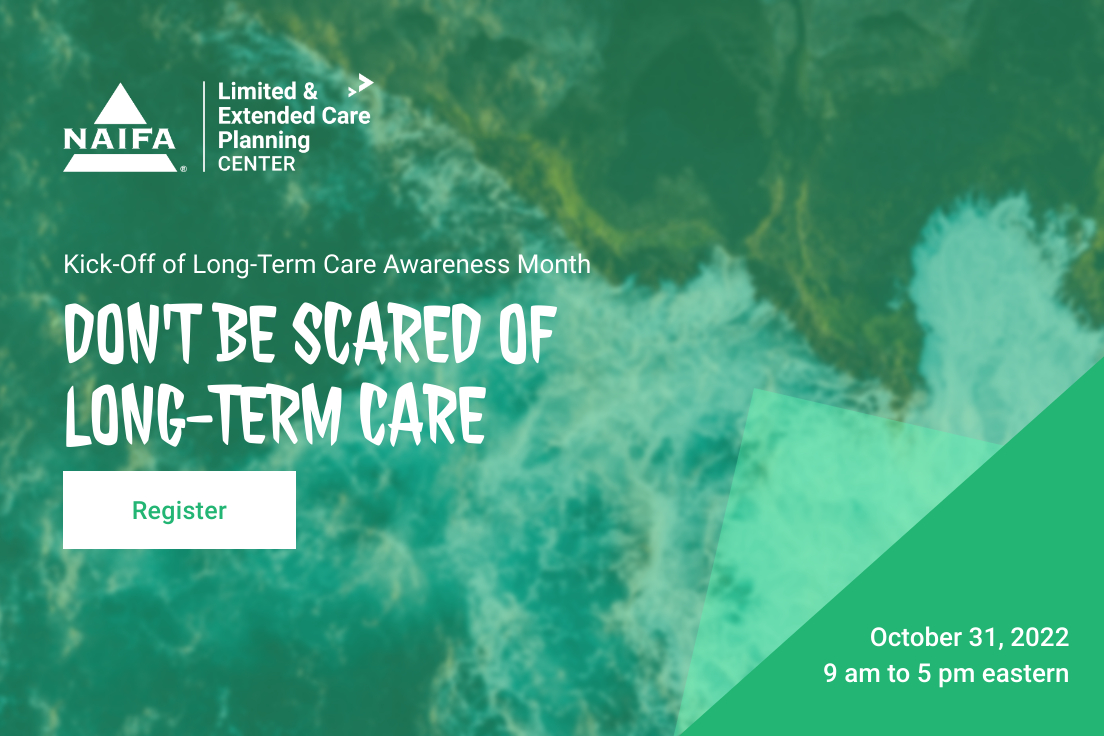 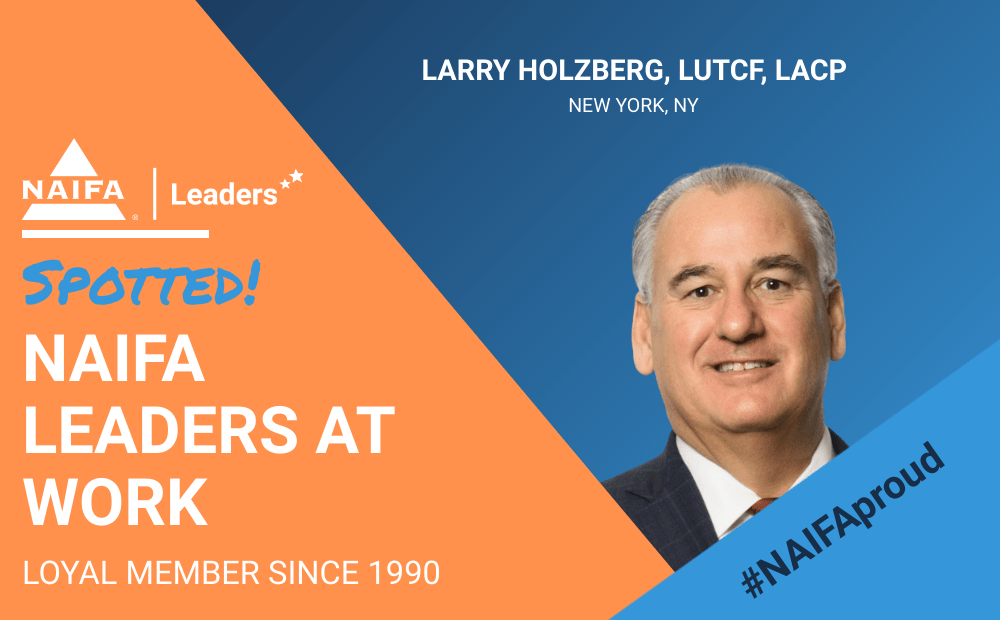