Mitchell “Mitch” Ostrove CLU, ChFC, LACP serves as the VP of Professional Development on the NAIFA-NY Board and has been a loyal NAIFA member since 1965. He practices with The Ostrove Group, in White Plains, NY, where he specializes in insuring small closely held corporations.

Mitch’s introduction to the financial services industry came after a family friend suggested that he go into the property and casualty business because of his experience in hospitality management. Mitch is a graduate of the Hotel and Restaurant School of Cornell, and the New York State Restaurant Association was a client of his family friend’s insurance agency thus making it the perfect fit. His success stemmed from his ability to talk to clients within the hospitality industry about details regarding their businesses as a whole and not just insurance. He states. “I could go in there and talk to them about something other than just insurance, I knew the business, what the back of the kitchen was all about, and what a restaurant was all about.”  After working in the hospitality side of the insurance agency for a few months, Mitch realized it wasn’t what he wanted to do long-term, and soon transferred to the life insurance business after being introduced to a general agent with Mutual Benefit Life.

Life insurance offered Mitch the opportunity to help people, which he enjoys. “Over the years I’ve learned that what we do is probably the single most important thing for individuals and businesses than anybody else. Nobody does what we do to secure businesses and families” says Mitch. One of Mitch’s most memorable experiences was that of a young family he was able to help after the mother passed away at age 34. “[A few years after her death], I’ll never forget [her husband] wrote me a note saying because of the insurance we sold him, he was able to keep building [his] business and know that [his] kids were being taken care of at home.”  Moreover, Mitch mentions how the industry offers him the ability to be an entrepreneur and rely on himself. He states, “You’re able to create your own business, you can work long hours or short hours, whatever you want. You’re able to determine your own success.”

Once he joined the life insurance industry, the general agent who hired him told him that “he was going to join NALU,” now NAIFA. After joining and going to monthly meetings, Mitch soon realized that the association would be one of the best decisions he made for his professional career. He appreciated the fact that the other members of the association were his peers and not his competition. He was able to learn and discuss ideas with them that he believes ultimately made him a better producer in the long run. During his monthly meetings, he was also able to learn from many guest speakers that he says we’re both “inspiring and motivational.” It was also where he was initially approached to serve on different committees within the association before ultimately becoming president of his local chapter. After becoming president of his local chapter, Mitch would then serve on the state board.

Today, Mitch’s main concern is protecting the industry and its consumers, a task he believes would be impossible without NAIFA’s commitment to advocacy. “NAIFA is our grassroots organization […] they are the strongest of all the groups advocating […] which is the number one reason why I continue my membership.”  He urges those in the industry that may have reservations about getting involved with NAIFA’s advocacy to pay it forward, stating, “you have to realize, before you started in this business there was someone working hard to make it a lot easier for you to come into it and be successful by protecting everything that you do. Don’t be just a taker.”

Mitch believes that most of the current proposed legislation comes from our legislators trying to protect consumers from the “few bad apples” within the industry. He elaborates, “Some of the policies they’re [attempting to put in] are negating the ability for a lot of life underwriters from even seeing or talking to people. There are more than 70 million people with no life insurance and those policies make it more difficult. I know more about my client’s lives then some of their family members. When various regulations are put into place because they think I’m not doing a good job I resent that. I’m not looking at the commission on a product, I am looking at the product doing the right job for the client and I will be properly compensated by doing the right thing.” Mitch has been to Day on the Hill several times and often chats with state and federal legislators including: Chuck Schumer, Nita Lowey, and Carolyn Maloney. He works diligently with NAIFA to make sure that the policies passed are an actual depiction of the industry and its consumers.

Thank you, Mitch, for your loyal service and leadership to our industry and association. We’re #NAIFAproud to call you one of our own. 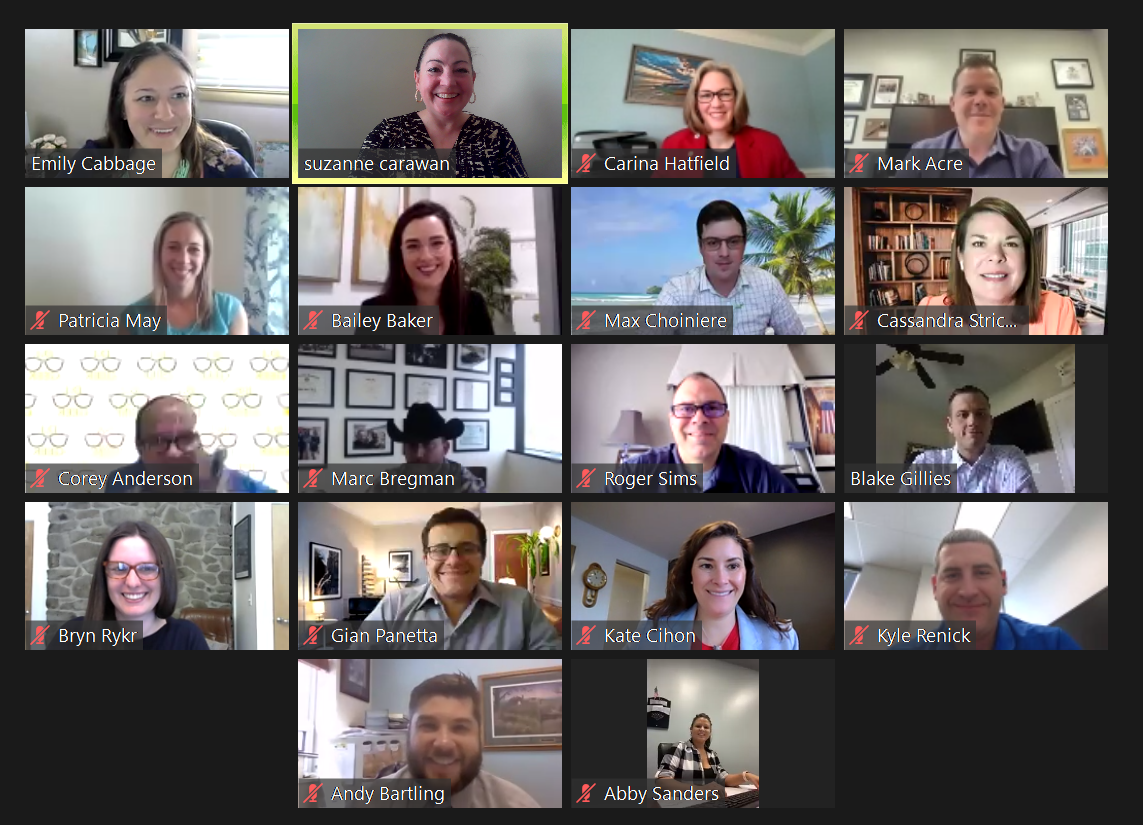