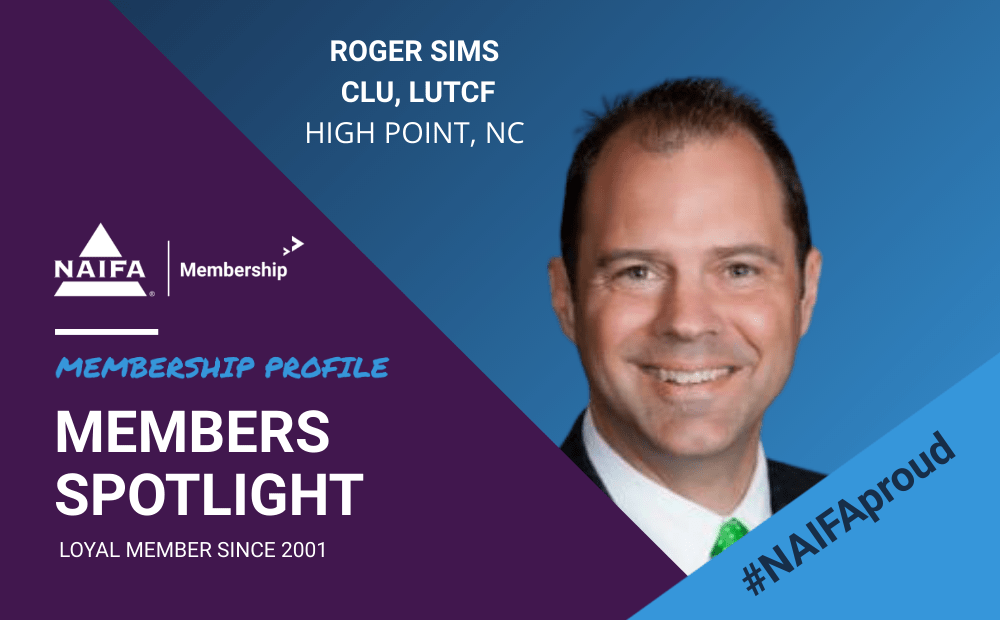 Roger Sims CLU, LUTCF, has been a loyal NAIFA member since 2001 and currently practices with New York Life in High Point, NC, where he specializes in long-term care and retirement.

Roger is a second-generation insurance agent, something his father always wanted but not something that he had planned for himself. He first began to consider a career in the industry when his father’s office moved into the building he worked in. There, he was able to observe his father’s line of work and found it “really appealing.”

After talking to his father about the interests he had in the industry, he was then introduced to a recruiter who confirmed his decision with joining the business. He states: “I was really impressed with the company, really impressed with the industry, and so in 2001, I joined New York life.” Roger’s father has since passed leaving his book of business and legacy to Roger.

During his time at his father’s office, what appealed to him most about the industry was the ability to help people and work with numbers. He explains:

I just saw my dad help people [and I wanted to help people] navigate through the different decisions they needed to make and [show them] how it’s going to impact their family. [My father] was helping people working with numbers and I like[d] both of those. That really appealed to me…. When you go to [a client's funeral] you can bring something of substance to the table, you can bring a claim check instead of a chicken casserole. It has a much, much more lasting impact.

Roger found NAIFA via New York Life's reimbursement benefit for designation courses. He explains “[The] honest truth...I joined NAIFA because I wanted to get reimbursed.” While his initial intentions for joining NAIFA were focused on his return on investment on his designations, he “was blown away” by the camaraderie and sheer magnitude of the association. He elaborates:

[The association] was huge and people from all over the country [were] sharing ideas and not really worrying about where you were from. I started seeing [the] benefits of just rubbing shoulders with other people in the industry […] and learning from different meetings that we had with different speakers.

Since Roger joined, he served as a board member and is currently the state President of NAIFA-North Carolina. His role as President has shifted his focus towards advocacy and supporting favorable policies and legislation that protect his clients’ interests. He recounts how he learned the significance of NAIFA’s advocacy after attending NAIFA's Congressional Conference in Washington, D.C., in 2015 stating, “What really opened my eyes to what NAIFA does [was] going to the Congressional Conference in DC. [It is where the] rubber meets the road and protects our industry and protects the clients that we serve.”

He encourages his fellow members who may have reservations about getting involved with NAIFA’s advocacy by ensuring that the experience, although it may feel intimidating, is not scary. He states, “I remember when I first started […] I went in to meet with the legislators, [and decided that I was] just here to watch. I don't want to say anything [but] eventually you’re going to want to talk [and inform them] on what you’re passionate about.” Specifically, NAIFA’s action to get the Department of Labor (DOL) Fiduciary Rule vacated helped reinforce to Roger the important work that NAIFA advocates on behalf of advisors and their clients.

The autonomy that comes with a career in financial services has allowed Roger the luxury to spend time with his family and work from anywhere. This is one of the main perks he tells those interested in pursuing the career by stating, “The industry that I am in has provided me [the] opportunity to just be involved in my kids’ lives because they're not going to be with me forever.” The Sims family enjoys family activities including traveling all over the United States for mock trial debates and singing in the community theater—experiences that he describes as “priceless” and unattainable had he not been in the financial services industry.

Thank you, Roger, for your loyal service to our industry and association. We’re #NAIFAproud to call you one of our own. 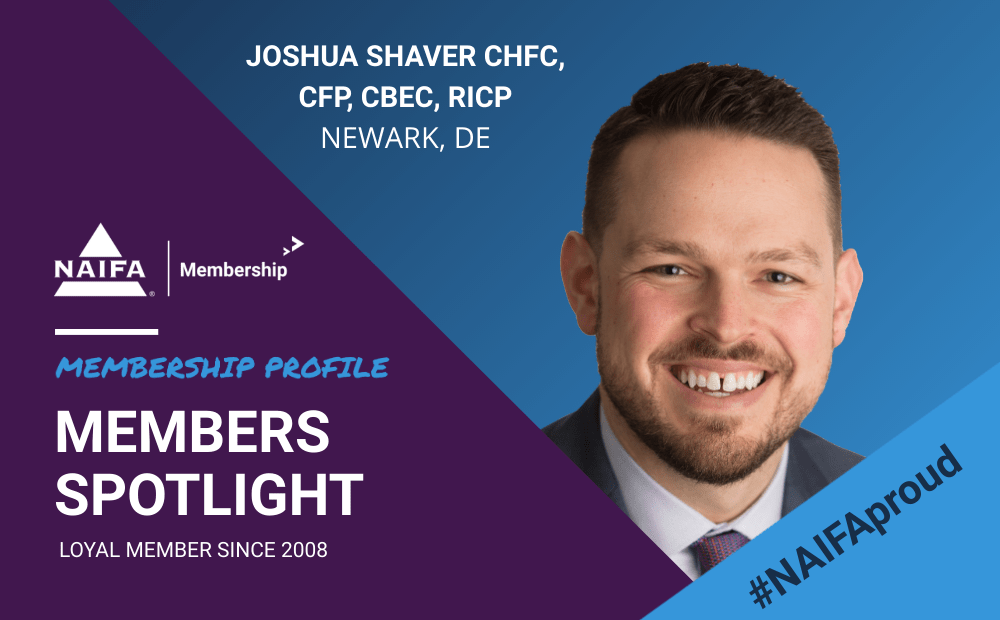