The Tone at the Top: How Companies Are Moving the Diversity and Inclusion Needle 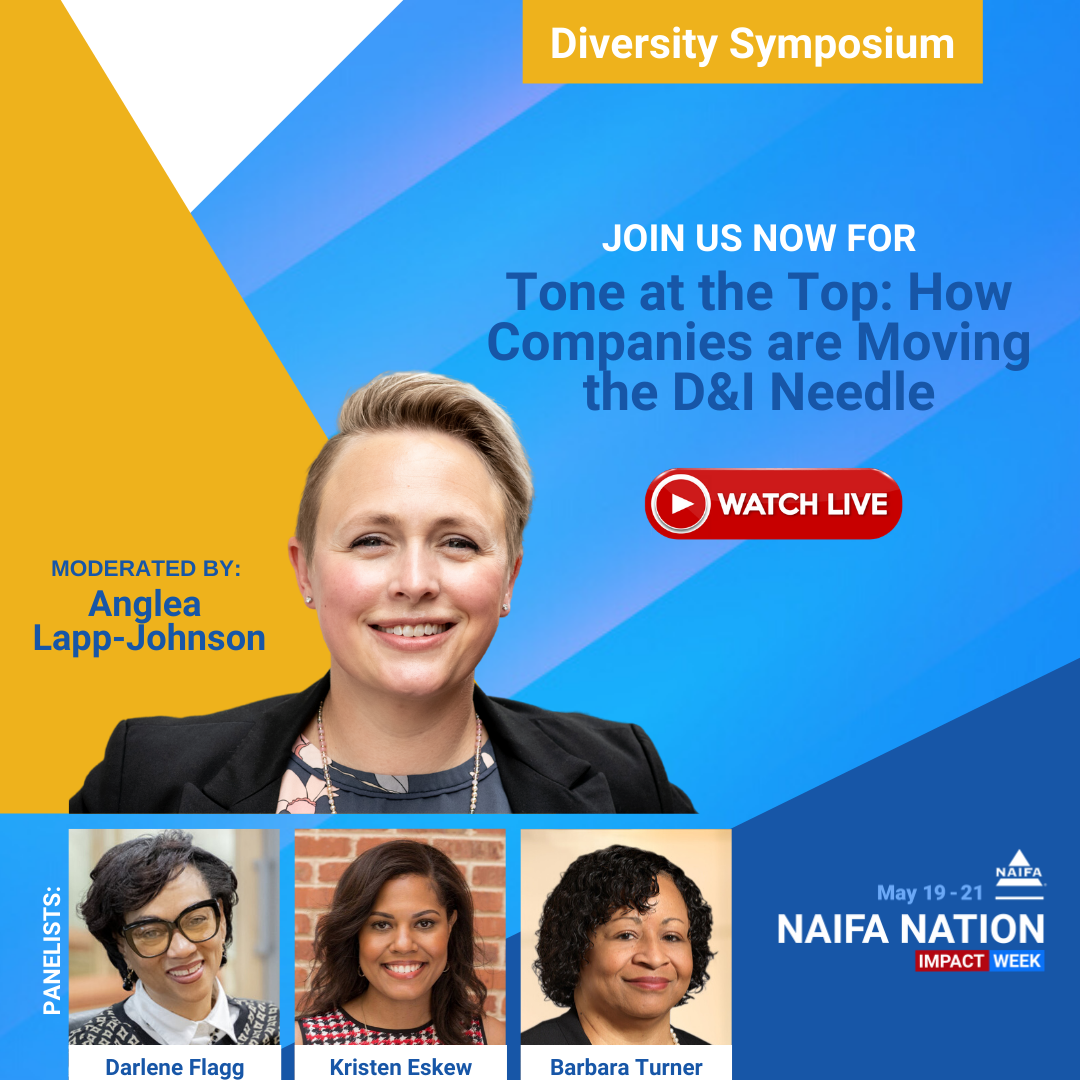 The Need for Corporate Diversity, Equity, and Inclusion

Financial services companies have discovered that they need to build diverse teams to boost innovation and problem solving, and to bolster their recruiting and retention efforts. Kristen Hall Eskew said diversity, equity, and inclusion at her company bring bottomline economic results, but a top motivation is that “it’s also the right thing to do.” Many firms have gotten a lot of things right but still have room for improvement, she said.

Consolidated planning began by developing an African American focus group, then a women’s focus group, she said. These became a full-fledged diversity and inclusion program with an impact on the company.

Darlene Flagg said when she first went to the National Life Group campus, the people she met “looked nothing like me.” But when a meeting with the company’s president and CEO scheduled for 15 minutes became an hour-long discussion, she appreciated that the company had a culture that would embrace diversity and inclusion.

Her growth within the company “comes from having access to an amazing coach and excellent colleagues who support me along the way.”

Barbara Turner said that at one time she did not appreciate the emphasis on her being first woman and person of color to serve as president and COO at Ohio National. That view, she felt, failed to recognize her talent and hard work.

After some soul searching, she said, she realized “they are not mutually exclusive.”

The Power of Courageous Conversations

“You have to be the change that you want to see,” Turner said. “It’s not enough to complain about the lack of diversity and inclusion.”

She had a “Courageous Conversation” with her company’s CEO about the business need for diversity and inclusion, but also how changing corporate cultures was needed to better society.

As a result, she was able to bring on diversity consultants to provide education for senior management and the Board. They developed diversity and inclusion best practices. An Agents Diversity Advisory Board helped to change the culture to better promote professional growth of a diverse workforce and serve a diverse clients.

The other panelists agreed that successful diversity and inclusion needs champions and often requires courageous conversations.

Do you believe D&I should be top down?

Ohio National’s leadership embraced diversity and inclusion and made it a part of the corporate culture. “I don’t want to be the only person in the company talking about diversity, equity, and inclusion” Turner said.

Lapp-Johnson noted that from the discussion there seemed to be a trend that “diversity and inclusion comes from the top down.”

Flagg agreed, but added, “It needs to be more than top down, so it’s not forced down. If it’s part of the culture, anyone at any level can buy in.”

Recruiting in the Minority Market

“It’s important that everyone has an opportunity to benefit from life insurance products and services,” Turner said. “People like to do business with people similar to themselves and with people they like.” That makes recruiting a diverse force of producers crucial.

At Ohio National, Turner advanced this goal by forming associative research groups. She worked with agents and recruiters to educate them about different markets. They had internal discussions about company’s changing demographics to instill a company-wide culture.

“That’s good for Ohio National, but good for society in general because we offer products that are needed,” she said. “You have to be intentional and you have to care enough to track success.”

“Diversity is being invited to the party, inclusion is being asked to dance,” Eskew said. “We’re focused on the dance.”

Lapp-Johnson concluded the session by asking each panelist for some takeaway advice – either thing to do or not to do for companies looking to create cultures of diversity, equity, and inclusion.

“Look at what makes sense in your market and your firm,” Eskew said. You can find success by looking to build on existing talents, interests, and relationships.

“It has to come from C-suite,” Flagg . “You do not do diversity and inclusion in isolation.” It needs to be an important part of the corporate strategy with goals and accountability.

“Be the change you want to see,” Turner said. “Don’t wait for someone else to start the conversation.” Diversity, equity, and inclusion are not a corporate “program,” she said. “It has to be part of your culture.” 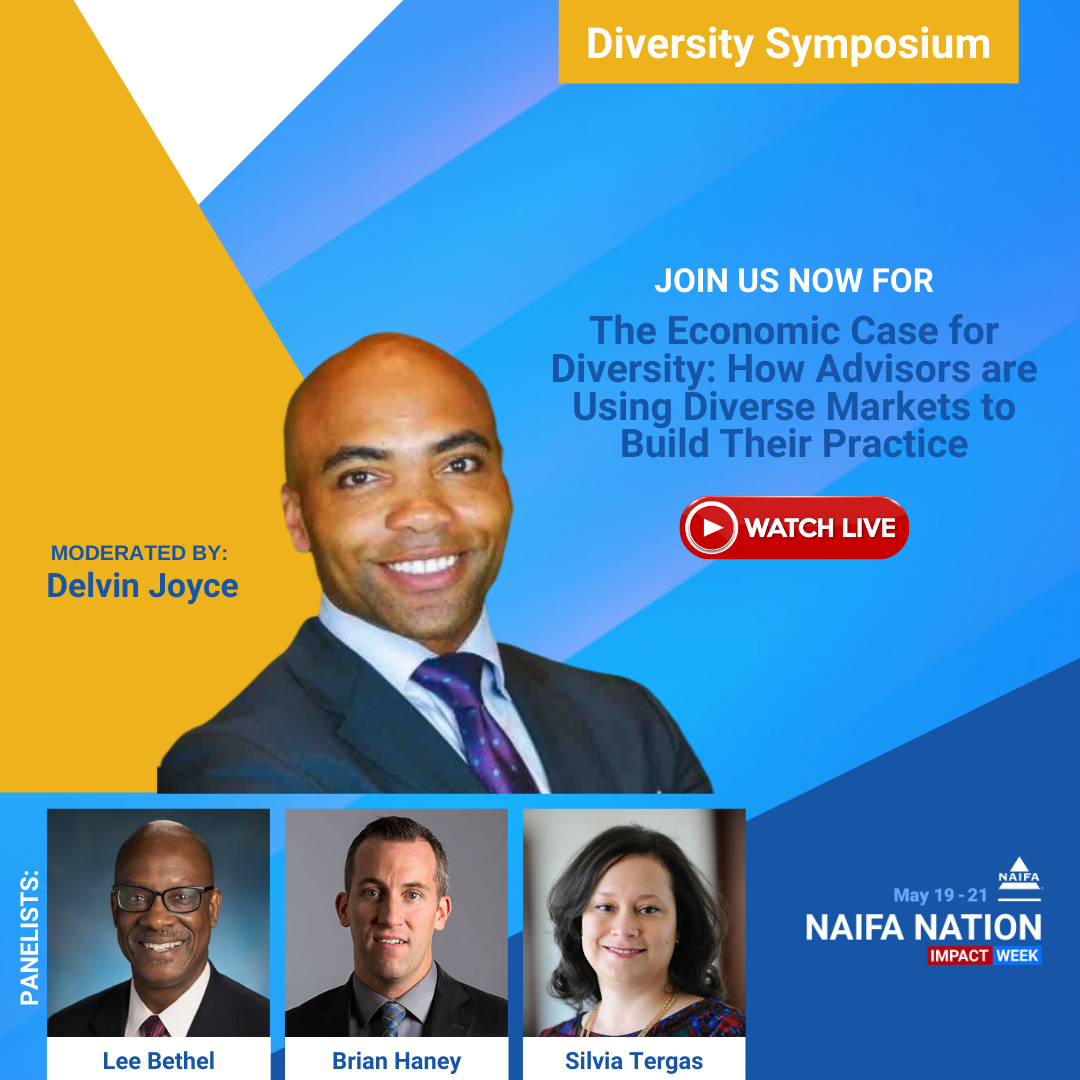 The Economic Case for Diversity: How Advisors Are Using Diverse Markets to Build Their Practices