The life insurance industry’s highest honor will be presented at NAIFA’s Performance + Purpose Conference in September as a tribute to his more than 50 years of service and dedication to the industry.

FALLS CHURCH, Va. (August 16, 2017) – The National Association of Insurance and Financial Advisors (NAIFA) is proud to announce Joseph M. Belth, CLU, Ph. D., Editor of The Insurance Forum ,as the recipient of the 76th annual John Newton Russell Memorial Award. The award is the industry’s highest recognition of those who exemplify the standard of commitment to the life insurance industry. Dr. Belth will receive the award on Sept. 9, 2017, at NAIFA’s Performance + Purpose Conference in Orlando.

“It is an honor to congratulate Dr. Belth as the recipient of this year’s John Newton Russell Memorial Award,” said John Nichols, MSM, CLU, chair of the 2017 Award Selection Committee. “We applaud him for his commitment to the industry and for his selfless dedication to insurance education. Dr. Belth’s high standards are the cornerstone of this award, which recognizes someone with outstanding personal qualities, unstinting loyalty to the profession, and exemplary leadership.”

Dr. Belth is currently professor emeritus of insurance in the Kelley School of Business at Indiana University. He is the author of Life Insurance: A Consumer’s Handbook, and author of other books and numerous journal articles.

Dr. Belth began his career in insurance over 50 years ago as an agent for Continental American Life Insurance. He sold insurance for five years in Syracuse, New York, and then transitioned to insurance education. He became Professor of Insurance at Indiana University in 1962.

Dr. Belth has been called upon to testify before numerous committees of Congress and has been profiled in The New York Times, The Wall Street Journal, and Barron’s. For one of his books, Dr. Belth received the 1966 Elizur Wright Award for “outstanding original contribution to the literature of insurance. He has received other prestigious awards, including the Financial Security Nest Egg Award from the Life Communicators Association, and the George Polk Award in the “special publications” category. He has also received a Huebner Gold Medal from The American College “in recognition of distinguished service to education and professionalism. “

“Dr. Belth has dedicated more than 50 years of his life to providing high-quality insurance education to the American public,” said NAIFA President Paul Dougherty, LUTCF, FSS. “During that time, he has also given back to our great industry by volunteering his time, insights and energy. His high level of professional accomplishment makes him uniquely qualified to be the 2017 John Newton Russell Memorial Award.”

About NAIFA: Founded in 1890 as The National Association of Life Underwriters (NALU), NAIFA is one of the nation’s oldest and largest associations representing the interests of insurance professionals from every Congressional district in the United States. NAIFA members assist consumers by focusing their practices on one or more of the following: life insurance and annuities, health insurance and employee benefits, multiline, and financial advising and investments. NAIFA’s mission is to advocate for a positive legislative and regulatory environment, enhance business and professional skills, and promote the ethical conduct of its members. 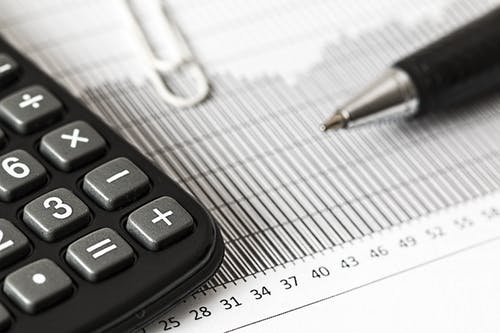